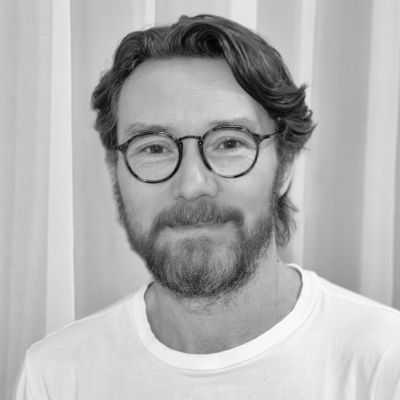 "Since 2012 I’ve been working as a film and TV producer in the companies Logline production, s. r. o. and GOOD TV Production SE. 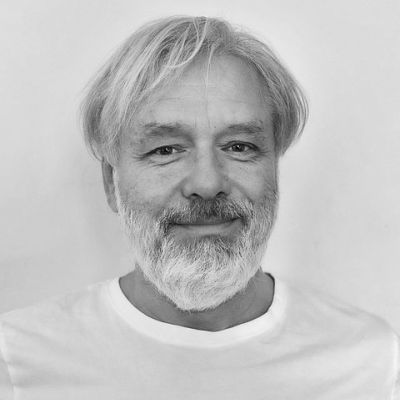 Having graduated from the medical faculty, he worked in his field of expertise until 1989. After the revolution, he began to write and take photographs for various newspapers and magazines. A year later he joined the REFLEX magazine as a documentary photographer, to become the editor-in-chief eventually. In 1994, he became the editor-in-chief of Current Affairs Department at TV NOVA, and co-author of the station’s key projects – OBČANSKÉ JUDO (Civil Judo) and NA VLASTNÍ OČI (What Our Eyes Saw).

In 2003, he went freelance as a photographer, director, and writer. In 2005, together with Petr Erben, he created and realized the project ULICE (The Street). Between 2007 and 2012, he was in charge of new format development at TV NOVA, and helped create projects such as EXPOZITURA (The Precinct), DOKONALÝ SVĚT (The Perfect World), SOUKROMÉ PASTI (Private Pitfalls) etc., as creative producer.

Since 2012, he’s been part of the LOGLINE PRODUCTION team. He directed the films Tiger Theory, Shotgun Justice and currently, he is filming a new project – Teorie touhy.

For TV, he has made the series Neviditelní (The Invisibles), Černé vdovy (Black Widows), Poldové a nemluvně (The Cops and a Baby), and he is finishing his work on a series Osada (The Colony). 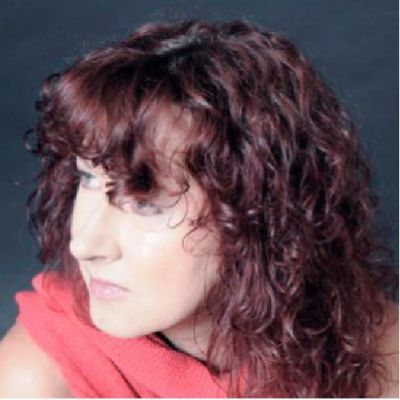 Having finished studies of photography and then economics, she worked as the business director of Betasoft. Then, for over 13 years, she was the head of the financial department of Hachette Filipacchi, the publishing house for lifestyle-focused magazines. Then she founded her own travel agency, and is still involved in the financial business. Currently she’s the CFO of LOGLINE PRODUCTION. 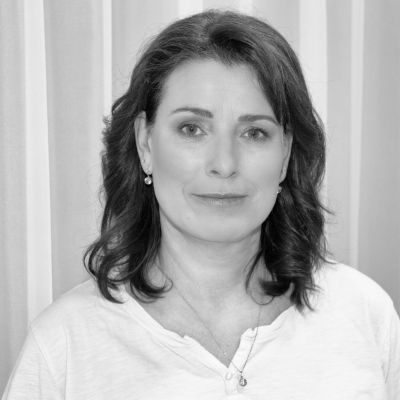 "Before studying at the Film and TV School of Academy of Performing Arts in Prague, I worked for 2 years in the Czech TV as a production assistant, participating in the production of documents and educational movies.

During my studies at the Academy, I already became head of production of various film debuts of my classmates, or even teachers: Z. Tyc’s Vojtěch, řečený sirotek (Vojtěch, Called Orphan), J.Brabec’s Krvavý román (Horror Story) or O.Trojan’s Pějme píseň dohola (Let’s All Sing Around, as the assistant director). Having finished my studies, during which I cooperated with directors such as D.Ondříček or D.Sýs, I returned to actors films. After a year spent at P. Moravec’s ETIC (Underground by E. Kusturica, Years of the Wall by Margaret von Trotta) and a maternity leave, I switched to Czech production. After a brief cooperation with the Czech TV, commercials and documents (e.g. on Bohumil Hrabal, directed by P.Třazska), I started cooperating with private producers and directors, such as V. Marhoul at Silverscreen as the assistant director of jako pomocná režisérka na filmu Mazaný Filip (Smart Philip) and T.Vorel, at Vorelfilm, as a head of production of Skřítek (The Elf), Gympl (The Can), Ulovit miliardáře (Catch the Billionaire) and Cesta do lesa (Road to the Woods). In 2005, Michal Reitler invited me to TV Nova to cooperate on the series Ulice (The Street); I was the head of production for 11 years, and during that time, I also made feature films for M.Šmídmajer’s Bio Ilusion as head of production (J.Mádl’s debut Pojedeme k moři (A Trip to the Seaside), D.Klein’s Básníci 7 (Poets 7) or M.Šmídmajer’s Celebrity s.r.o. (Celebrities Ltd.) After leaving the series Ulice in 2015, I started working for the companies of P.Erben, whom I met during the filming of Ulice (as its producer and founder). I work as an executive producer here – series Jetelín and Černé vdovy (Black Widows), both produced for FTV Prima, or series Poldové a nemluvně (The Cops and a Baby) and Osada (The Colony) for CT, and feature films Bábovky (Sweethearts) directed by Rudolf Havlík, or Teorie touhy (???The Theory of Desire???) directed by Radek Bajgar." 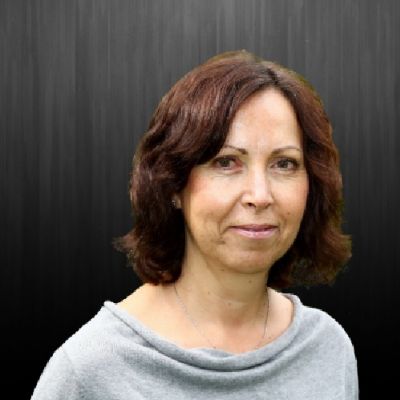 In 2015, she was the line producer responsible for the preparation of the satirical series Kosmo (Cosmic) for CT. In the same year, she also cooperated in the production of the transmission of a charity concert Kapka naděje in Forum Karlín. Since 2015, she has been producing the show Vychytávky Ládi Hrušky (Láďa Hruška’s Tips and Tricks), which is a popular hobby magazine.

Since 2016 she has been cooperating in the shooting of concerts Český mejdan s Impulsem (Czech Party with Radio Impuls) in O2 Arena.

In 2018, she produced the show Linka 112 (Line 112) for TV Prima, which presented the difficult job of emergency line operators in dealing with crisis.

In 2019, she prepared a show for mothers Máma nad věcí (The Relaxed Mom) with the presenter Agáta Hanychová.

In 2020 she was part of the production of a hobby show Receptář prima nápadů (Cool Ideas Recipe Book). 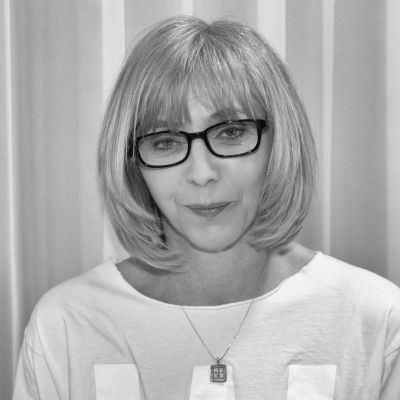 Already in 1992, as a student of the Faculty of Arts at Charles University, I started working as a member of the production team, taking on jobs such as a production assistant, deputy and line producer and also an executive producer of a TV Nova series Ordinace v růžové zahradě (Surgery in the Rose Garden) (2013-2015). As a production assistant, I have worked on the films Nexus (1992), Má je pomsta (Revenge) (1994); as a line producer: Hrubeš a Mareš jsou kamarádi do deště (Hrubeš and Mareš – Friends in good times and in bad) (2004); as a co-producer’s assistant: Anděl Páně 1 (Angel of the Lord) (2005), Návrat čápů (Return of the Storks) (2007). I participated in the following series and TV films for Czech Television as a line producer: Hop nebo trop (Either/Or), Cukrárna (Confectionery), Kanadská noc (Canadian Night), Svědomí Denisy Klánové (The Conscience of Denisa Klánová), Rytmus v patách (Rhythm in the Heels). From 1992 to 2015 I worked for both private and public productions in the companies KF a.s., INA s.r.o., Agentura ECHO, Czech Television, 2Landa, HOO DOO Production, CET 21 making not only series and films, but also ads, music videos, events, theatre projects, audio-visual shows, and I was also a manager of the band “Ondřej Havelka and Melody Makers”. Since 2016, I’ve been working as a line producer with the producer P. Erben – GOOD TV Production. This cooperation includes the series Jetelín, Černé vdovy (Black Widows), and with Logline production – the films Teroristka (Shotgun Justice), Bábovky (Sweethearts) and the series Poldové a nemluvně (The Cops and a Baby ) and Chataři (The Colony). 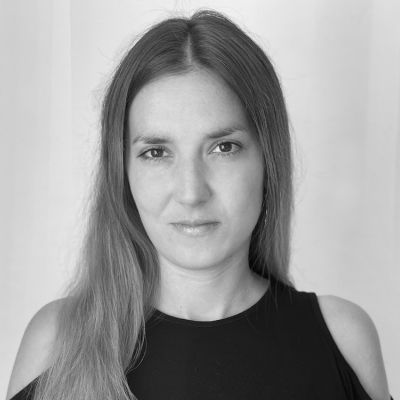 She graduated from the secondary school of communication engineering (SPŠ Sdělovací techniky), technological-organisational curriculum, and subsequently studied university with economic specialisation. She started working on films as a production assistant, assistant director, gradually moving to positions such as a production manager and producer’s assistant. She cooperated in the making of the following films and series: Habermannův mlýn (Habermann's Mill), Sukničkáři (The Don Juans), Crossing Lines, Vejška (Uni), Případ pro exorcistu (A Case for an Exorcist), Vybíjená (Dodgeball), The Musketeers, The Zookeeper’s wife and many more.

Currently, she is employed in the company Logline Production where she has – among other projects – participated in the creation of the film Minuta věčnosti (Lifeline). 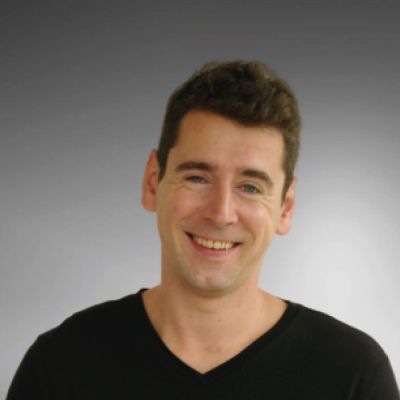 After graduating from economy, he went studying and getting experience in Sydney, Australia.

Upon his return to the Czech Republic, he worked in marketing for the editor house Hachette Filipacchi, followed by a job in music production for the company Pinkdot, to be lately employed as a project manager in the company Unagi.

Currently, he is a member of the Logline team where he’s taken part in the following projects: Můžeme dál? (May We Enter?), Poldové a nemluvně (The Cops and a Baby), Bábovky (Sweethearts) and Chataři (The Colony).

The film and production company Logline Production was founded in 2011.

We provide production services for film and television production and advertising. We have our own development and production background. We focus on the outcome and clients’ satisfaction.

Currently, we are finishing the preparations for shooting an adventure comedy with a working title Ostrov (The Island).