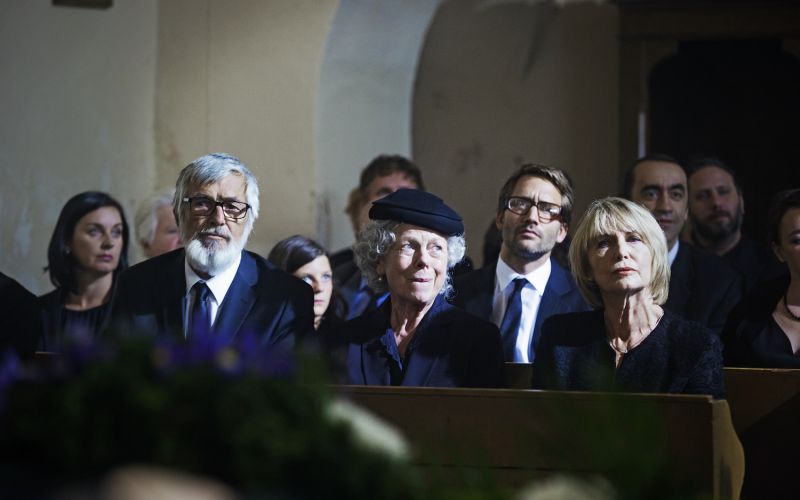 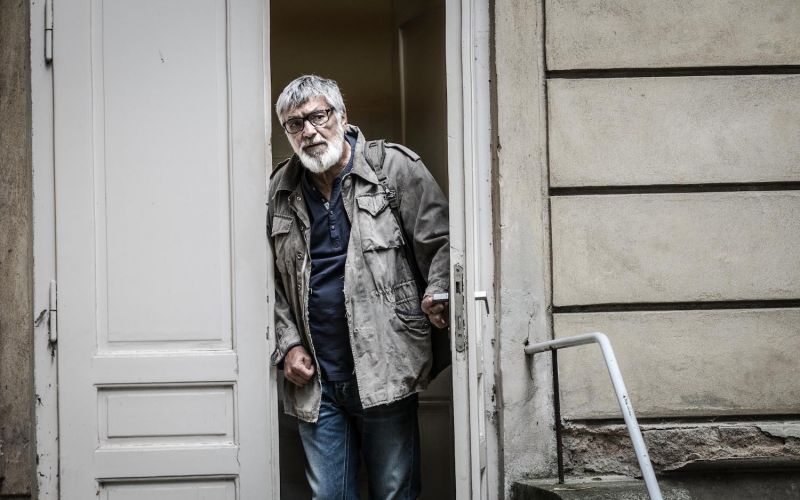 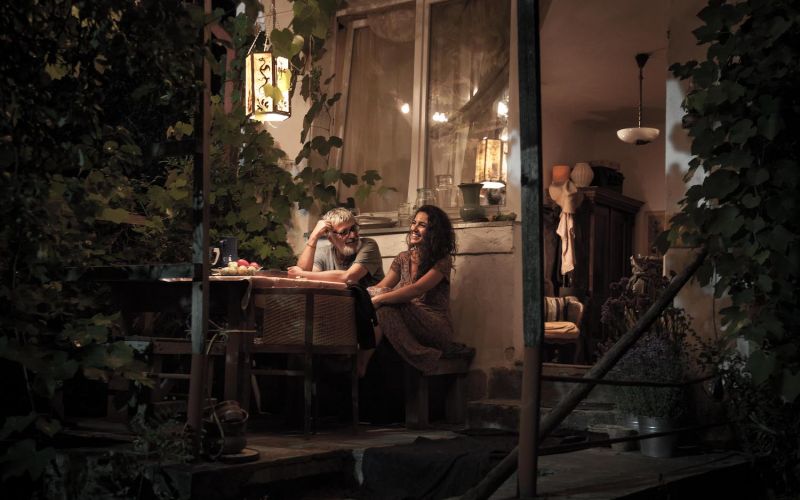 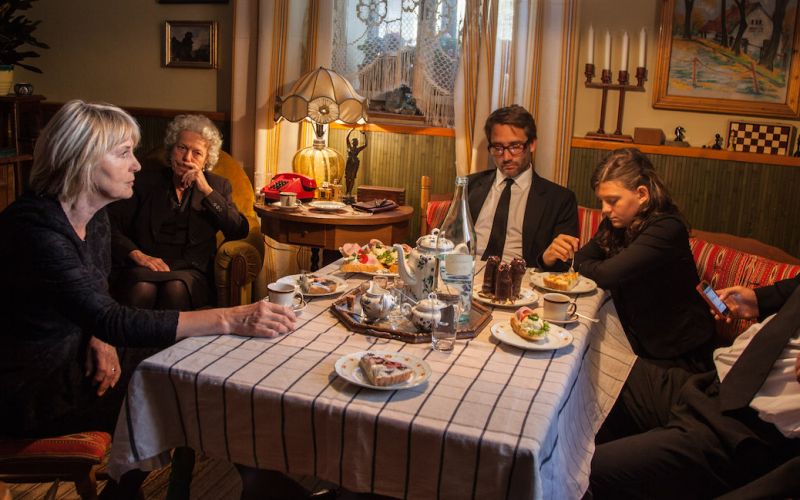 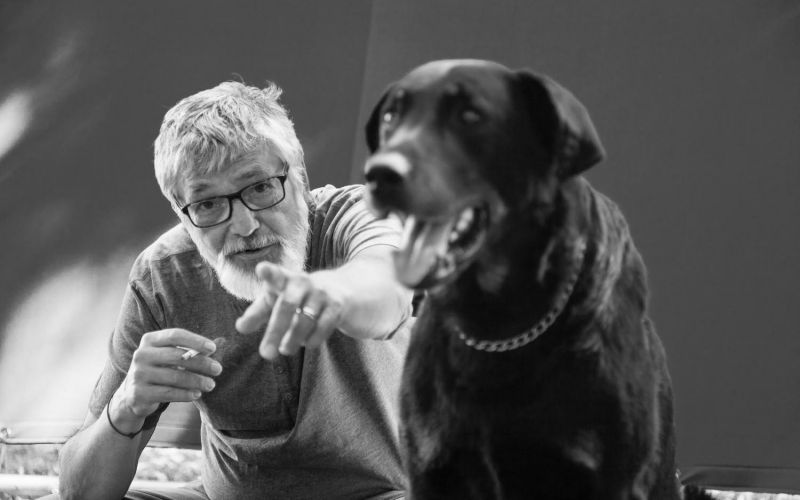 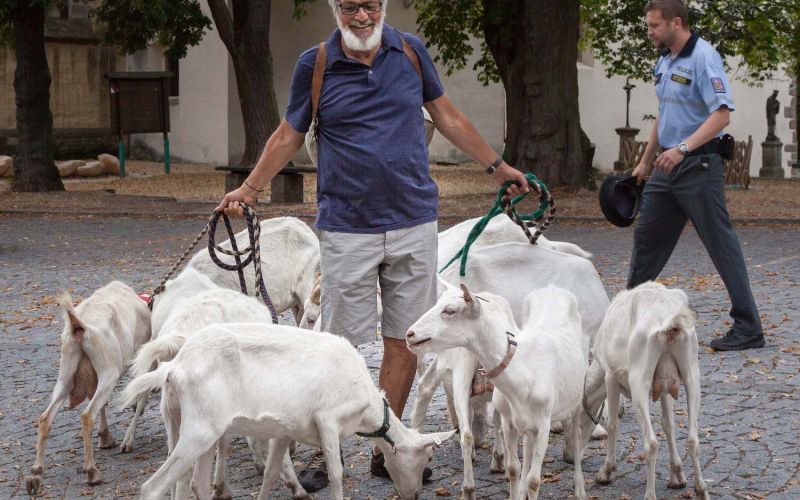 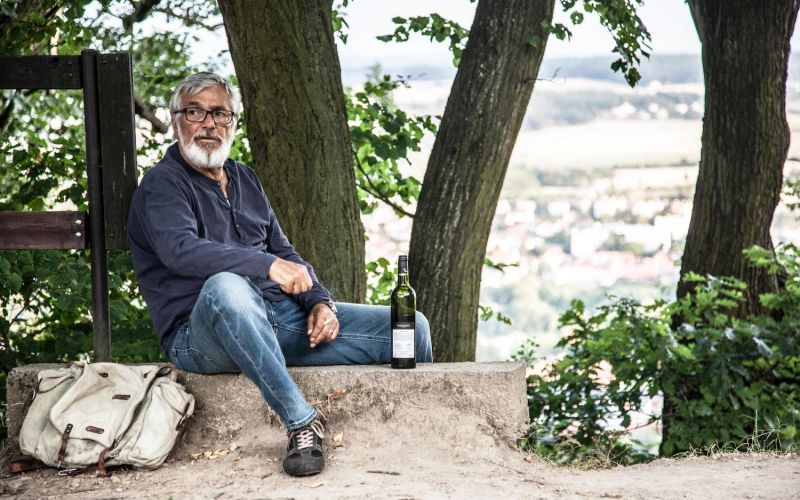 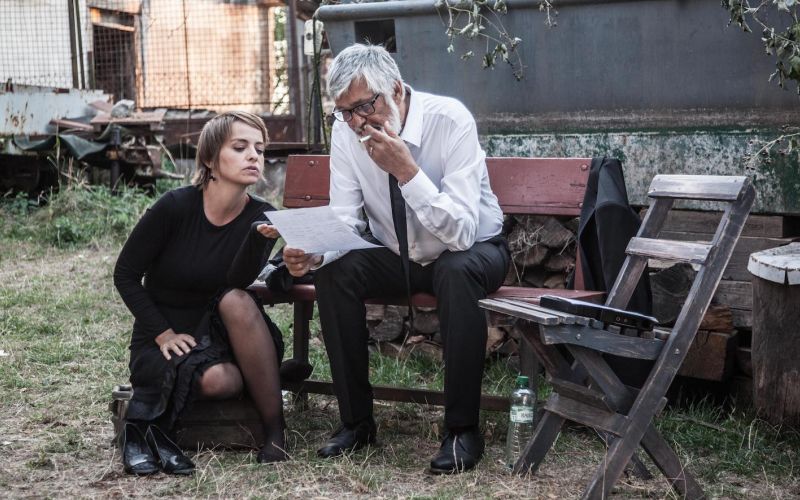 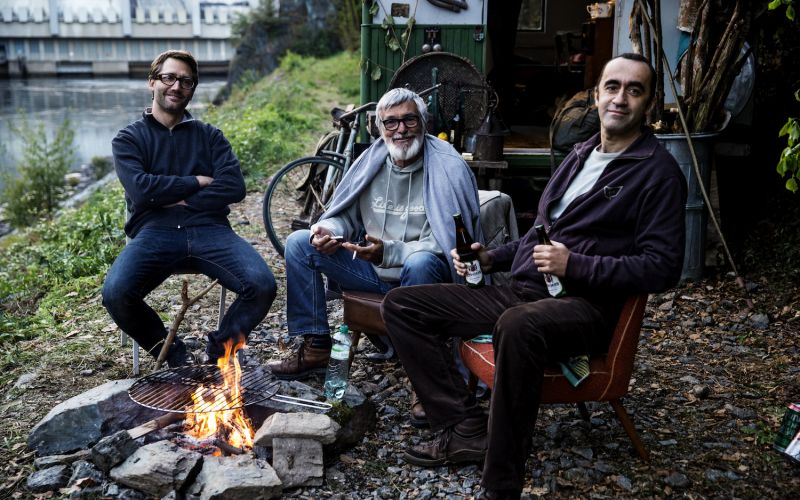 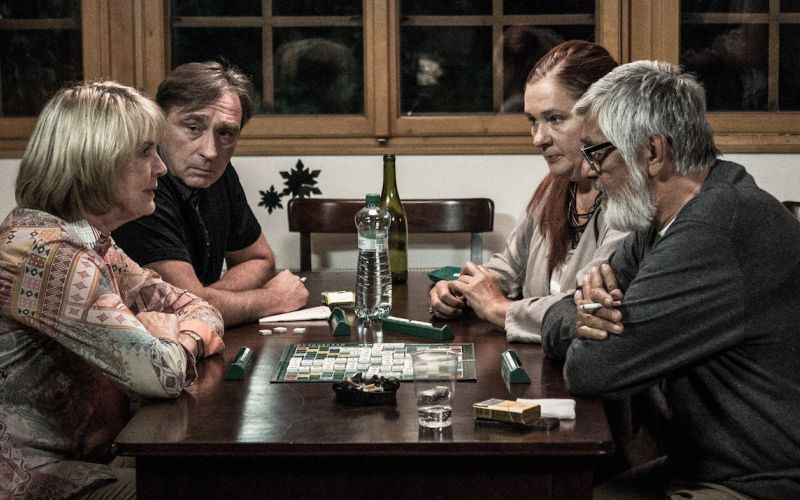 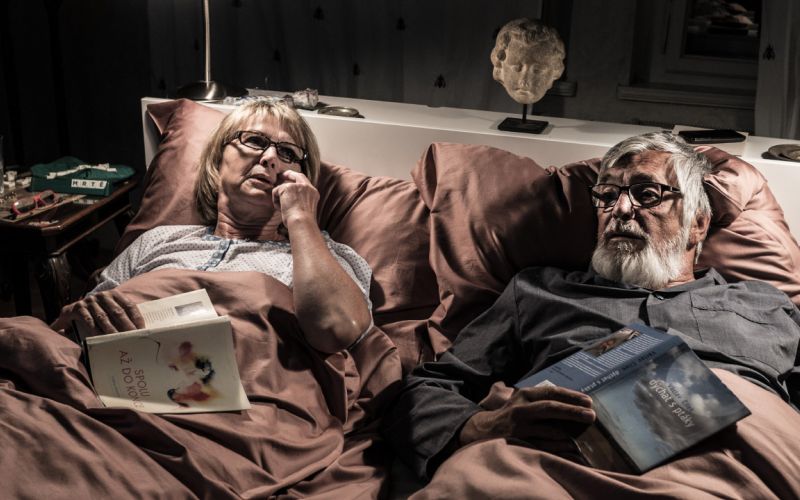 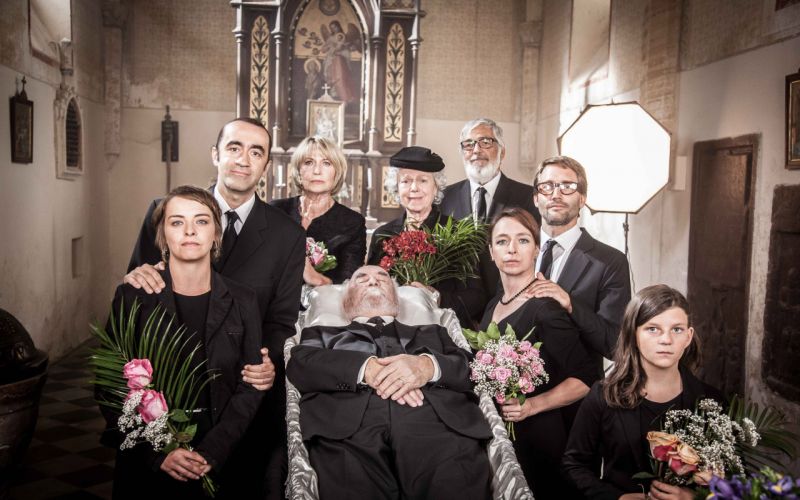 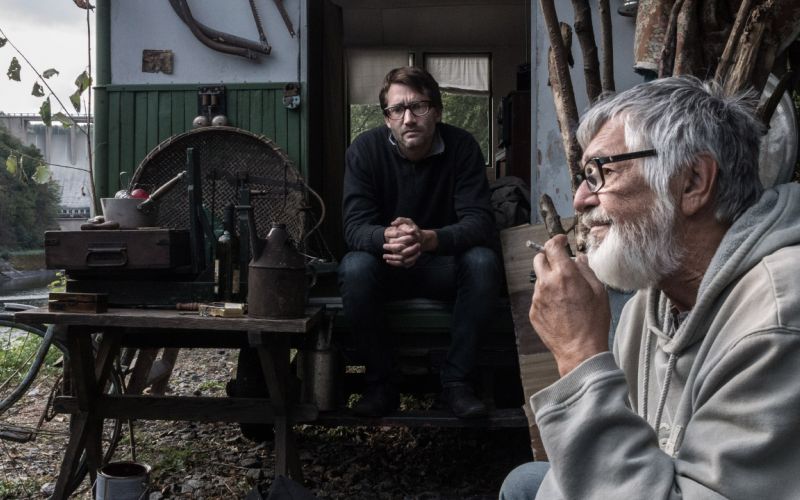 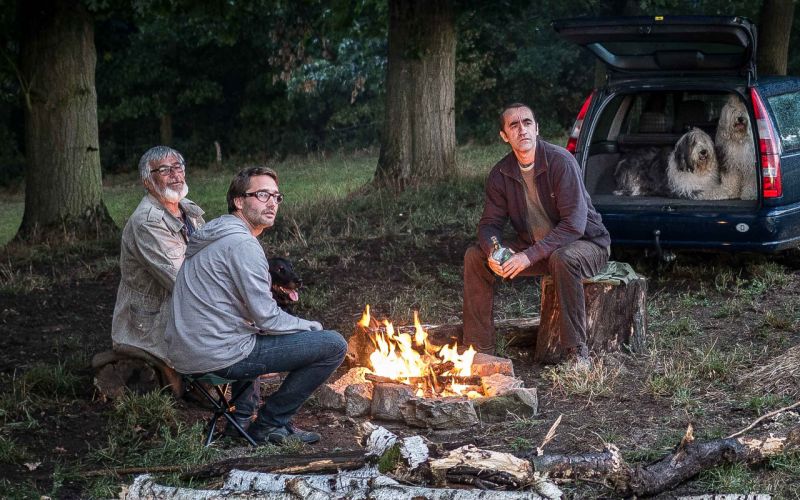 Jan (Jiří Bartoška), a veterinarian, has had enough. The last drop was the death of his father-in-law who, just like him, ran out of strength and patience

Jan (Jiří Bartoška), a veterinarian, has had enough.

The last drop was the death of his father-in-law who, just like him, ran out of strength and patience. Everything in his life, old age and finally even his death, the manner and the place of his grave, had always been decided by the grandmother (Iva Janžurová). She never listened to any of his wishes and desires in good faith that only she knows what is best for him. And so, quite unfortunately for him, she took the best care she thought he needed. It was dawning on Jan that he’s taking the same path.

His wife Olga (Eliška Balzerová) follows the same rule of a small yard and a long whip and is persuaded that she alone is responsible for her husband’s happiness. Jan realises that he cannot and does not want to go on like this. If he does not do anything, he will end up like his father-in-law. One day he finds a way to break free and regain control over his life. His revolt is quite unconventional. The initial inspiration comes from his patient, a parrot with suspected Alzheimer disease. It is also thanks to this parrot that Jan decides to set on a journey to fulfill what he thinks are his dreams. Of course such a journey cannot be easy, it includes a flock of goats, later on a herd of cows, a psychiatric hospital, a ride on a raft and life on a boat. Jan’s journey to freedom influences the lives of his children and their partners. His daughter Olinka (Táňa Vilhelmová) has taken over her mother’s method while his daughter-in-law Alena (Pavla Beretová) manages to resist the pressure of the family tradition and choses her own way – more liberal, modern, human. Each approach has a corresponding effect on their partners (Jiří Havelka, Jakub Kohák). Jiří Bartoška unveils a little bit about his character and the film’s topic: “Women marry tigers to gradually turn them into rabbits who they feed some forage, but close the cage door immediately, so that the rabbit incidentally doesn’t get the idea to act as a tiger outside the rabbit hutch. And this is what we are trying to tell in this film.” A soberly shot story based on the psychology of the characters is suitable for all generations. A funny, yet intelligent film about rebellion and relationship also covers the topics such as pursuing the meaning of life and happiness or the boundaries of human freedom. The tragicomedy Tiger Theory is an actors’ film. Radek Bajgar, known for his successful TV comedic series Neviditelní (The Invisible, 2014) about nixes, cast Jiří Bartoška again in his first feature film, Tiger Theory. Thus, distinguished Czech actors Eliška Balzerová and Jiří Bartoška met again in front of the cameras as a couple after forty-one years to work on this project.

The director Radek Bajgar, who is also a co-author of the script, commented on the cast: “Casting Jiří Bartoška was somewhat clear already from the beginning. He had read the screenplay, there was a mutual understanding. Then I started looking for the right partner for him, someone who wouldn’t caricature the character. She is a slightly negative character, but not too much. The most dangerous antagonist is the one you can’t tell. Nice, witty, good-looking, intelligent. And she slowly tightens the screws. Eliška Balzerová did it just right.” The film was shot in Prague, Central Bohemia and in the charming surroundings of three rivers – Vltava, Berounka and Sázava – in the course of thirty filming days during six extremely tropical weeks of summer 2015.

The film producer is Petr Erben (Logline production) and the co-producer is Czech Television (CT). The chief dramaturg of the Czech Television Film Centre Jaroslav Sedláček compares the film’s poetics to that of well-known and popular Czech films: “Řeka čaruje (The River Is Performing Magic), Co je vám, doktore? (What’s wrong with you, doc?), Jako jed (As Good as Poison)… At random, these are some of legendary Czech films treating the same topic as Radek Bajgar with Mirka Zlatníková deal with in Tiger Theory – an elderly man fleeing the cold gust of death into the arms of life through gaffes, blunders, slips, craziness and adventures that are forced rather than contrived. 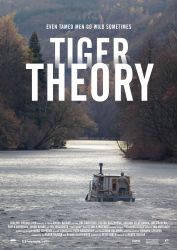